The violence unleashed by the Pakistani forces on 25 March 1971 proved the last straw to the efforts to negotiate a settlement. Following these outrages, Sheikh Mujibur Rahman signed an official declaration that read:

Today Bangladesh is a sovereign and independent country. On Thursday night, West Pakistani armed forces suddenly attacked the police barracks at Razarbagh and the EPR headquarters at Pilkhana in Dacca. Many innocent and unarmed have been killed in Dhaka city and other places of Bangladesh. Violent clashes between E.P.R. and Police on the one hand and the armed forces of Pakistan on the other, are going on. The Bengalis are fighting the enemy with great courage for an independent Bangladesh. May Allah aid us in our fight for freedom. Joy Bangla [May Bangladesh be victorious].

Sheikh Mujib also called upon the people to resist the occupation forces through a radio message. Mujib was arrested on the night of 25–26 March 1971 at about 1:30 am (as per Radio Pakistan’s news on 29 March 1971).

A telegram containing the text of Sheikh Mujibur Rahman’s declaration reached some students in Chittagong. The message was translated to Bengali by Dr. Manjula Anwar. The students failed to secure permission from higher authorities to broadcast the message from the nearby Agrabad Station of Radio Pakistan. However, the message was read several times by the independent Swadhin Bangla Betar Kendro Radio established by some rebel Bangali Radio workers in Kalurghat. Major Ziaur Rahman was requested to provide security of the station and he also read the Declaration on 27 March 1971. Major Ziaur Rahman broadcast announcement of the declaration of independence on behalf of Sheikh Mujibur Rahman.

This is Swadhin Bangla Betar Kendra. I, Major Ziaur Rahman, at the direction of Bangobondhu Mujibur Rahman, hereby declare that Independent People’s Republic of Bangladesh has been established. At his direction , I have taken the command as the temporary Head of the Republic. In the name of Sheikh Mujibur Rahman, I call upon all Bengalees to rise against the attack by the West Pakistani Army. We shall fight to the last to free our motherland. Victory is, by the Grace of Allah, ours. Joy Bangla.

The Kalurghat Radio Station’s transmission capability was limited, but the message was picked up by a Japanese ship in Bay of Bengal. It was then re-transmitted by Radio Australia and later by the British Broadcasting Corporation.

M. A. Hannan, an Awami League leader from Chittagong, is said to have made the first announcement of the declaration of independence over the radio on 26 March 1971.

26 March 1971 is considered the official Independence Day of Bangladesh, and the name Bangladesh was in effect henceforth. In July 1971, Indian Prime Minister Indira Gandhiopenly referred to the former East Pakistan as Bangladesh. 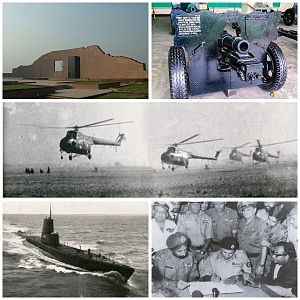 Some Pakistani and Indian officials continued to use the name “East Pakistan” until 16 December 1971.

Our website is made possible by displaying online advertisements to our visitors. Please consider supporting us by disabling your ad blocker.